I would like to tell you a deeply shameful story of American history. New York State history, to be more precise. It takes place over the course of 2 and a half centuries and is chilling in it's overarching lesson, albeit begins with the endeavor to help and rehabilitate the indigent, mentally disabled and those otherwise unable to care for themselves due to various circumstances of the time they lived.

The idea of religious orders sheltering the poor has been in existence since around 1000 CE. In it's earliest conception, what was known as an almshouse was a place of community care, built on the foundation of charity for those who could not sustain normal, self-sufficient lives in society. "Alms", being Christian in origin as payment to the poor and needy. As these places made their way through history to 18th and 19th Century America, they changed to reflect the needs of the time. In the early to mid 1800's, the people who frequently lived at almshouses ranged from the poor, the elderly, unmarried women (often with children), and orphans, to the mentally and physically disabled, and those with debilitating mental illness. These houses, mostly reflected in early English style and operation, were typically the last and only option for many people in the 1800's.

Every county in the state had an almshouse, or poorhouse as they would come to be known. These places, however, did not provide the living conditions or treatment one would expect from any sort of charity. People were mistreated and abused at alarming consistency in these places. As the poor population increased in the 19th Century, the various groups of people confined to these houses became extremely overcrowded. While the original intention was entirely for helping and caring for people, ultimately the fees to support such places and provide adequately for everyone became unbearable and impossible. The advocation for almshouses to be dissolved of their duties in favor of separating groups of people into hospital or institution style settings was underway by the last half of the 19th Century.

New York State is famously (or infamously) known for it's significant role in progressive mental health initiatives and psychiatric research and treatment. As the dirty truth of these almshouses and county poorhouses became a public shame, the demand for secular institutions that could treat and care for specific groups of people became necessary. An advocate for these changes to more modern means of medical care was a man named William P. Letchworth. He was a long-time member and one-time president of the NYS Board of Charities, an organization formed to oversee the almshouses, asylums, orphanages and charitable institutions in the state. As he addressed the Board in 1892, he recounted a true story of 30 or so years prior, around the 1850's. The tale is of a woman named Elisabeth Knapp, a known Albany resident who famously gained entry to the Albany almshouse under false pretenses and "was shocked at the state of things she found there. It was the old story", Mr. Letchworth said, "utter indifference to sanitary laws, promiscuous association of the young and old of both sexes, disregard of the rules of common decency, brutal treatment, dirt, cold, foul air, putrid meat, insufficient clothing, etc." Thus, he referenced what was considered the impetus to reform in our state's care for those who required charitable help in order to usher in a new era of reform.

As one acquainted with the paranormal may notice, his name is famous not just for his endeavors in institutional reform, but for a notorious haunt in Haverstraw, New York. Letchworth Village is known as one of the worst cases of institutional care-gone-wrong in NYS history. The atrocities and mistreatment of the residents are well-known, and were further documented thanks to investigative journalism in from 1972. The intent of Letchworth Village was to provide better and more modern means of psychiatric care, and it is no fault of the man behind the mission for how this institution ended up becoming such a tragedy.

During the 18th and early 19th Centuries, those with misunderstood mental illness and disorders were disgracefully referred to as "lunatics". Our understanding of these conditions was largely inadequate and misguided. As the term began to fall into disuse, more modernizations were applied to mental health care. The innovative idea of separating groups of people for better individual care per their healthcare needs, took shape by the end of the 1800's. Buildings and campuses then sprang up all over the nation in elaborate architectural styles; (most notably to many in NYS is the Kirkbride plan). While the "insane asylum" is no more respectful in name than its predecessor, these places were thought of at the time as advanced and medically state-of-the-art. Letchworth Village opened in 1911 in a neoclassical style, with stone buildings for dormitories, a hospital, laundry, dining halls and other necessary facilities. It had over 130 buildings originally. It's primary purpose was to care for those with mental disabilities, and was regarded as cutting-edge. Again, while good intent was there, it still acted in a way that isolated and separated these people from larger society. There was no education provided, and no programs for training to assist people in transitioning to life outside of an institution. They were in essence confined to the life of the asylum patient, rather than given the opportunity for self-suffience.

The world outside these places, which were largely self-sufficient and self-contained, often never found about out the realities of asylum life and rampant abuses taking place. Families of patients and the general public were often mislead by doctors and staff as they were grappling with the infancy of modern medical science themselves. Some of the most barbaric procedures, failings of patient care and utter indignity were not conveyed to the public until far too late. Idyllic seeming locations from without, the asylum or sanitarium was often an overcrowded, lonely hell from within.

One such example comes from a former institution once located near Mount Ida, in Troy, New York. The Marshall Infirmary (later Marshall Sanitarium) acted first as a hospital that later also housed the "insane and infirm of mind" until it's demolition in 1964. During the late 19th Century, it's decline was well documented by a patient there. He wrote of a visitor who, upon seeing the “nice white spread” on his soft looking bed, assumed the place was very nice. The patient goes on to say that the visitor wasn't privy to his terrifying situation there, and he finished his writing with a warning that goes, "I would say to one and all, know you are right before you transport any to an earthly hell." Hell, being the Marshall Sanitarium.

This patient's account could have described the situation for any of the thousands of people confined to Letchworth Village. It was home to the extremely controversial, yet supported at the time, test of the first polio vaccination on 20 unsuspecting disabled children. Upon positive results from the vaccination, the doctors saw the events as a great medical initiative and not for the inhumane treatment of children that it was.

During the WWII era, a series of photographs were released indicating the disturbing realities behind the walls at Letchworth Village. Much of the public was unaware how malnourished and neglected the people there were, and how understaffed it was. Sadly, facts state that the largest population of patients there were children. It faced criticism anew in the 1970's when investigate journalist Geraldo Rivera gained entry with a news crew and video cameras. Upon interviewing staff and filming disgraceful scenes from within the rooms of the institution, the exposure was too much to cover up, and reform was once again demanded. The documentary focused on two notorious institutions, Letchworth, and the Willard Asylum for the Chronic Insane in Ovid, NY. (Yes, Willard was the one where the attic of forgotten patient suitcases was found. Horror doesn't begin to describe any of it.) Bad press, a shocked and outraged public, along with burgeoning alternative health care options, was enough to eventually close Letchworth Village in 1996 with the last residents being moved to up-to-date facilities elsewhere.

The irony is apparent in the way the need for reform was gone about. In both cases of discovery from the 1850's and the 1970s, persons gained entry to the almshouse or asylum by unannounced or necessary, deceitful means. In order to find out the truth of what went on in these places, and by exposing their ghastly inner workings, change was finally effected on the heels of public outcry and disgust. Unfortunately, it is often decades too late into large-scale tragedy that these changes finally come about.

Many former institutions dot the New York State landscape which were once part of a system that dehumanized and neglected people en masse. These people came from all corners of the state seeking help, medical care, or were left behind by family to be abandoned to deplorable conditions. Some buildings have been repurposed into modern facilities, treatment centers or in-patient housing; some are rotting away behind crumbling, paint-peeled facades. While Letchworth sits silently in green fields and surrounding forest, its past remains a documented and significant part of New York's history of mental health care and reform. We may not always have acted on the best interest of the individual, but we can never allow the public to forget those who need help the most, and continually work to improve the methods we employ for care and treatment today. The remnants of what occurred are visible at Letchworth Village, since the buildings were almost entirely abandoned and left to rot over time. It's history is still very visceral, as are the experiences of the people who endured pain and suffering within its walls. 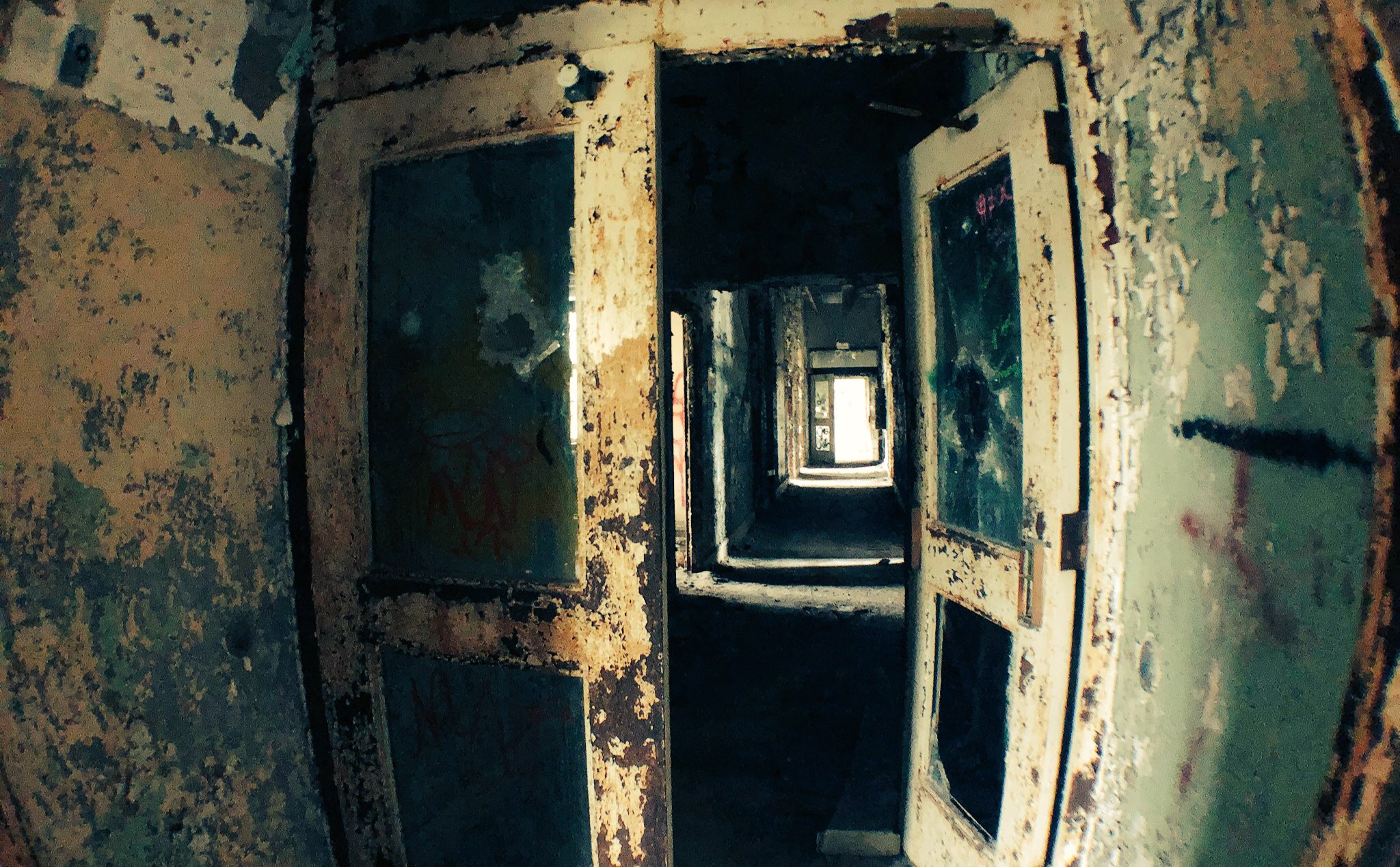 The Case Against Private Client Cases - When is help not helping?

Love and Light and Racism: The Real Paranormal